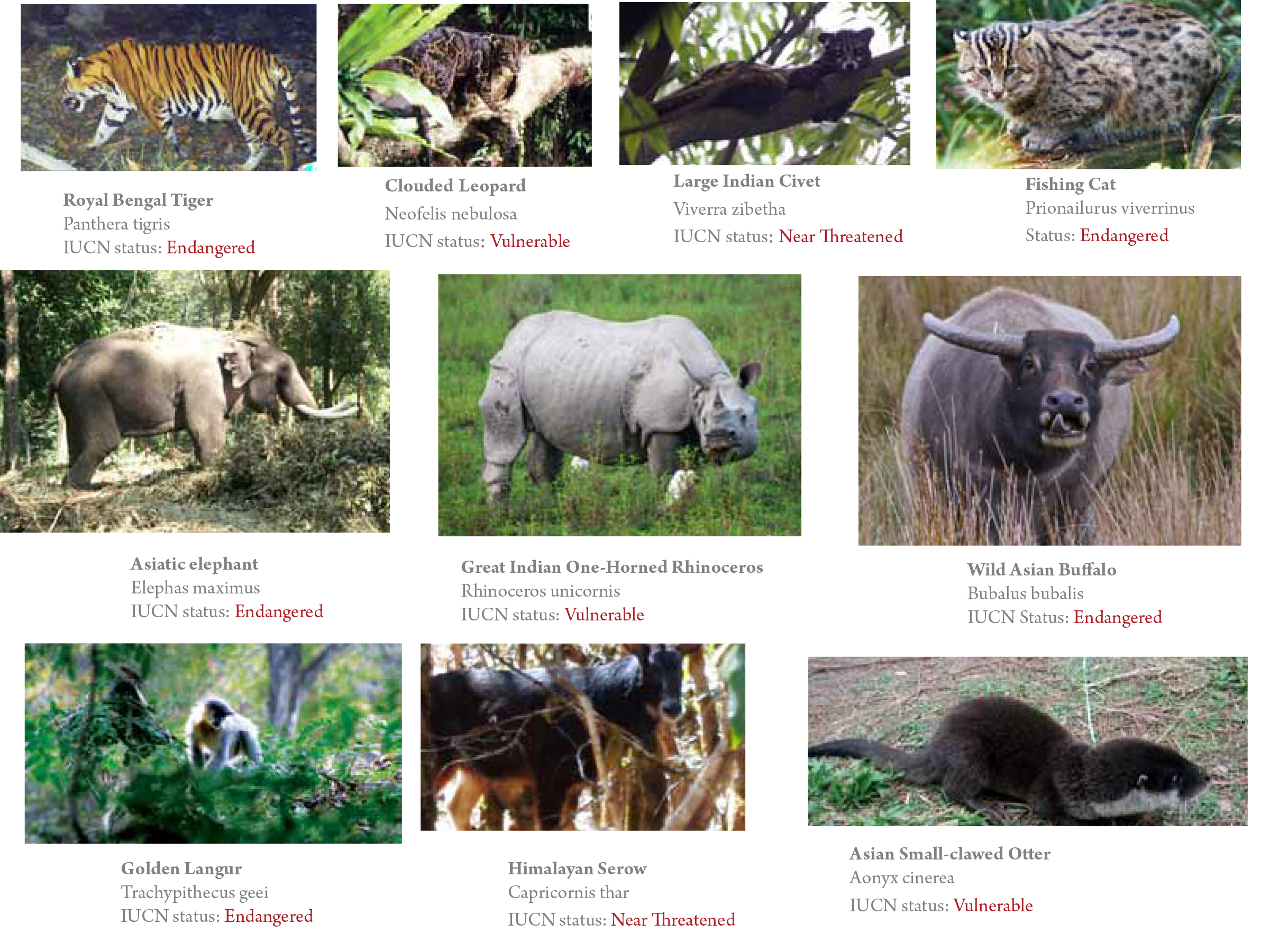 TOUR DESCRIPTION
The Royal Manas National park tour is known for its rich flora and fauna in the tropical and sub-tropical ecosystem in Bhutan. Good for nature-based tourism, it forms a corridor for the movement of wildlife from the Indian plains into the heart of Bhutan. Bhutan’s Crown Jewel, the Manas National Parkhas only recently been opened to the public and is home to 365 species of birds which have been officially recorded with the park with an additional 200 believed to be in residence. Extremely rich in wildlife species, the highly endangered Royal Bengal tiger, Asian elephant, greater one-horned rhinoceros, clouded leopard, Himalayan black bear, gangetic dolphin and pangolin can be found in the park. The rare golden langur, found nowhere else in the world, a primate of extraordinary grace and beauty with its long, silky blond fur can also be found here. Also found in the park is the globally threatened Rufous-necked hornbill, Pallas fishing eagle, great white-bellied heron, spotted wren-babbler, blue-headed rock thrush and emerald cuckoo. About more than 900 types of plants that have commercial, medicinal, traditional and religious significance can also be found.