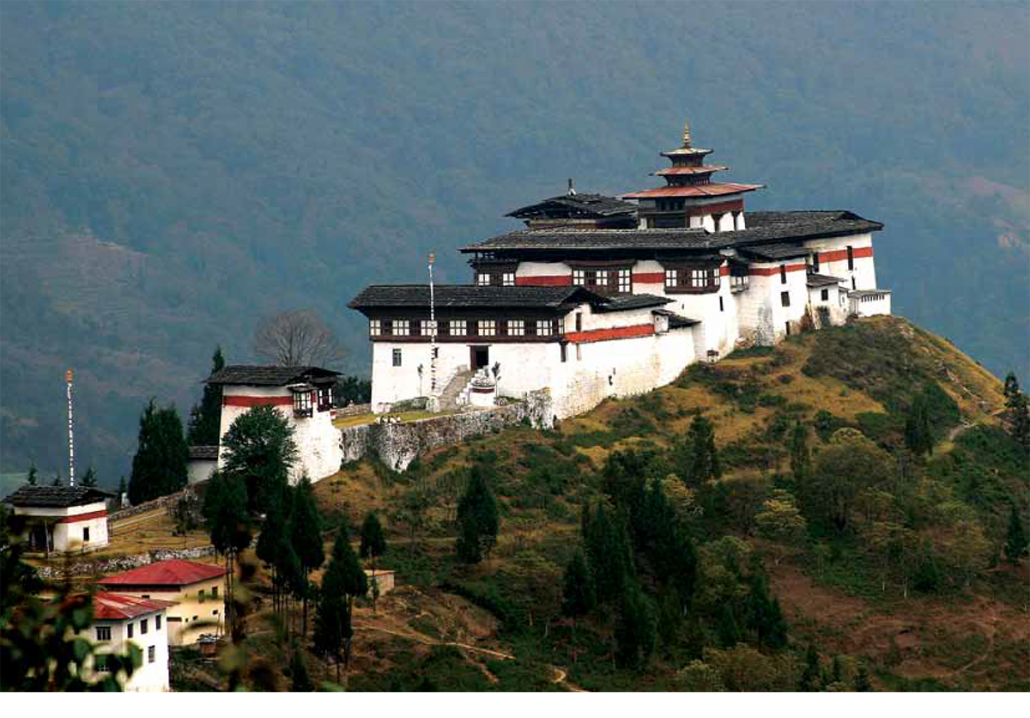 Wedged like an upturned Tshoglham (traditional Bhutanese boot) in western Bhutan, Dagana’s verdant region extends south to the kingdom’s border with India. Nearly 80% of the district is under forest cover with trees like Chaamp, Augury, Chirpine, and Sal in abundance. Summers in Dagana are hot and humid while winters are cool and dry.

The historic Daga Trashiyangtse Dzong, from which the district takes its name and which today serves as the district administration center, was built in 1651. Other places of interest include the three stone megaliths known as Do Namkhai Kaw or “Sky Pillar Rock”, Do Kelpai Genthey or “the Rock of Ancient Steps”, and the Tha Namkhai Dzong, or the “Frontier Sky Fortress”.

There are two ethnic groups in Dagana – Ngalops and Lhotshampas. More recently, the government’s resettlement programs have added to the ethnic diversity bringing in Khengpas, Bumthaps, and the Tshanglas and Kurtoeps from the central and eastern Bhutan.

Agriculture is the main livelihood for the people. The settlements are fairly dispersed and homesteads are comparatively remote. Today, Dagana farmers produce a significant portion of the citrus mandarin (oranges) and cardamoms grown in Bhutan. Animal husbandry is another source of income for the people of Dagana.

In addition to agriculture, the economy of the region is supported in part by the skills of local craftspeople such as blacksmiths and wood carvers, whose work sometimes find their way into the markets in other towns in the kingdom.