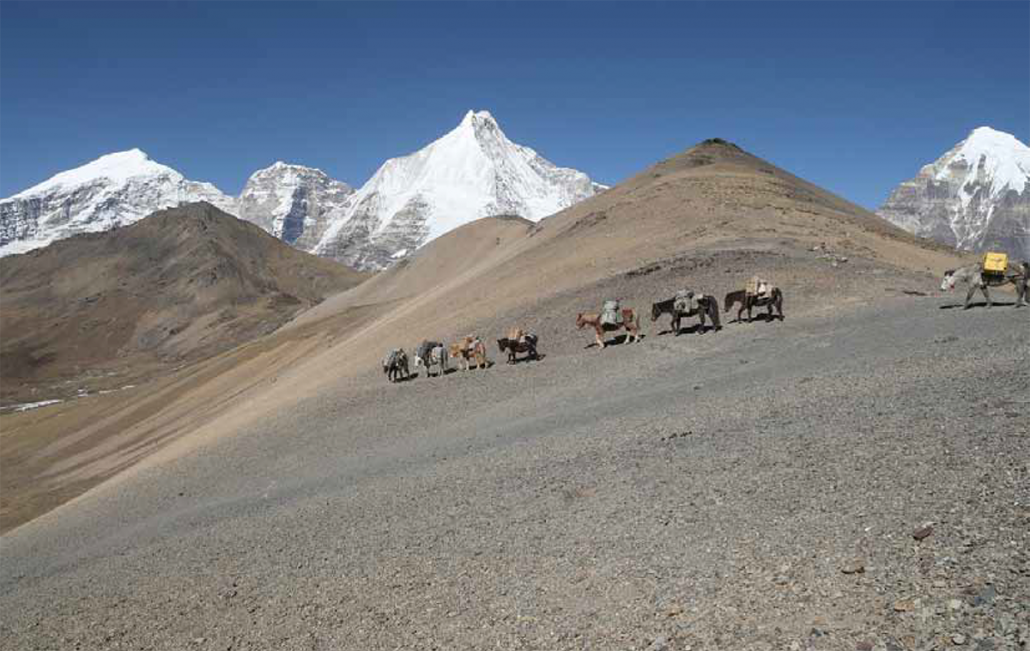 Gasa in the extreme north west of Bhutan has some of the highest peaks in the kingdom, arrayed like the teeth of a saw and forms a protective natural border with the Tibetan autonomous region. This wild and breathtaking region boasts an incredible diversity of wildlife. The elusive Snow Leopard, the Red Panda, Mountain Goat, and Blue Sheep are all found in the region. It is also home to two of the country’s national symbols: Takin (national animal) and Blue Poppy (national flower).

With elevations ranging between 1500 and 4500 meters, this starkly beautiful region experiences extremely long and hard winters and short but beautiful summers. The natural splendor of Gasa is unparalleled in the country. Over a hundred glacial lakes that are at the foot of these greater Himalayan peaks feed some of the major river systems in the country.

Each year a number of tourists pass through the region along its popular trekking trails, including the famous Snowman, one of the longest and most arduous of treks in the world. Livestock is a mainstay, particularly the rearing of yaks, which are often referred to by the region’s people as “norbu rinpoche” or precious jewel. Women of this region have facial features that are distinct from those of other women in Bhutan, and their great love of coral and turquoise jewelry, colorful clothing, and their conical bamboo hats immediately set them apart in any crowd. A famed series of hot springs or Tshachhu with renowned medicinal properties are another important natural resource in the district, drawing numerous locals as well as tourists.

In the summer, the semi-nomadic people of Gasa’s two main regions of Laya and Lunana live in the mountains. They migrate to the warmer valleys at lower elevations to barter their produce of yak dairy and meat as the cold winter begins to set in.