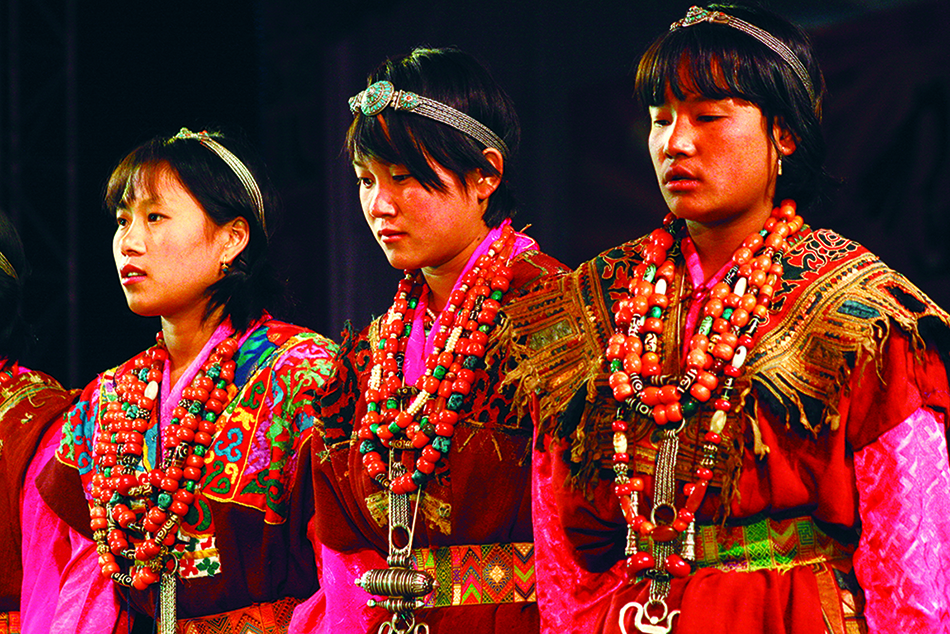 Jammed like an upside down tooth in the north-eastern corner of the kingdom, the ancient region of Lhuentse enjoys two auspicious connotations in the Bhutanese mind. First, it is considered the spiritual home of Bhutan’s kings, and second, it boasts some of the most sacred sites of pilgrimage in the country.

Many shamanic bon rituals add color to the cultural diversity of the region. The most significant, called Choedpas, include masked dance performances similar to other major festivals of western and central Bhutan. Kurtoeps are adept singers and the valleys often resound with the region’s folk popular songs. The lyrical and wistful Kurtoepai Alo is a unique and popular song sung by the people of upper Kurtoe, usually when friends and relatives are preparing to leave on long journeys. The ethnic mosaic of the region is made up of the Kurtoep people who live in the upper valleys of the Kurichhu River, the Kurmed people who inhabit the valleys downstream, and the Khomapas and Tshanglas who are scattered throughout the rest of the district.

For Kurtoep women, the winter months are solely dedicated to the weaving of textiles. Kishuthara, the exquisite and treasured women’s kira, also originates from Khoma village in Lhuentse. In another matter of pride for the region, the craftspeople of Gangzur village, whose pottery work was well known in the past, are seeing a resurgence of their art today.