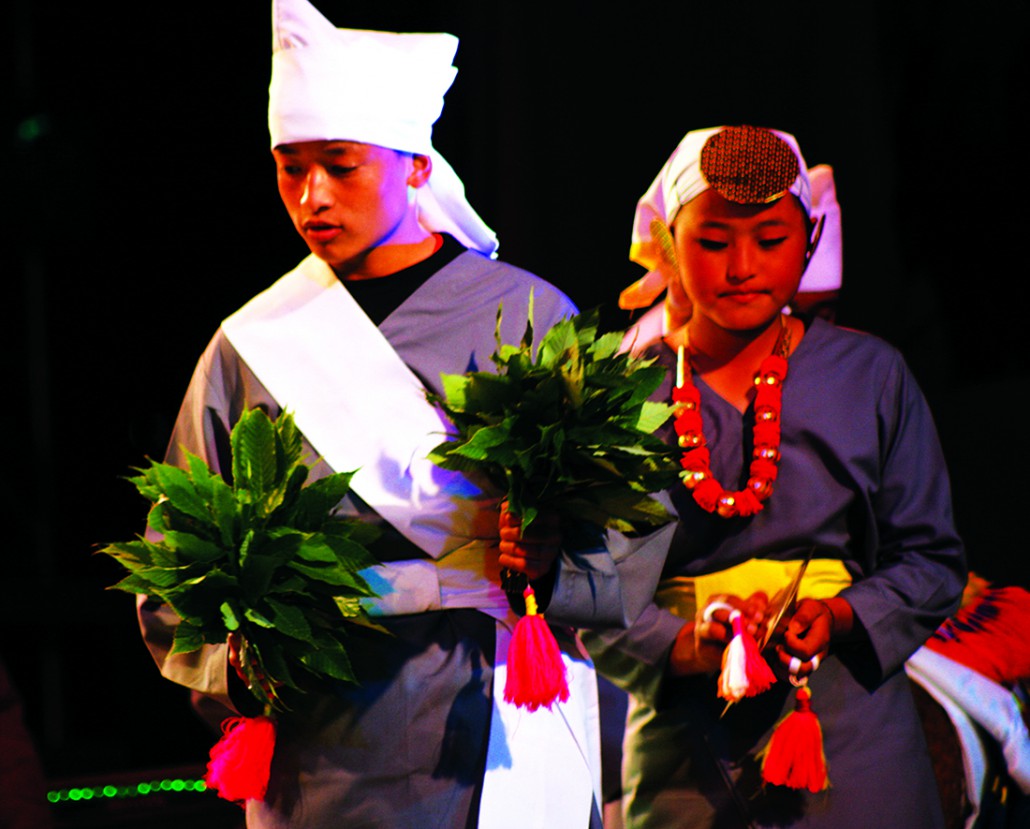 The district is rich in flora and fauna, besides having diverse ethnic and cultural practices. With elevations ranging from 600 meters to 3,800 meters, the district shares borders with the Indian states of West Bengal and Sikkim.

The district is inhabited mainly by two ethnic groups: the Lhotshampas and the Doyas. The Lhotshampas are further categorized into Rai, Limbu, Tamang, Gurung, Sherpa, Lepcha and other tribal nomenclature, and form the bulk of the population.

The inhabitants of Samtse practice both Hinduism and Buddhism. While the Lhotshampas are mainly Hindus, the Doyaps, Gurungs, Sherpas and the Tamangs are Buddhists. As such one can come across a mix of Hindu temples along with Buddhist monasteries and temples.

Various festivals are observed in the region. While Duserra and Diwali are the highlights of the Hindu year, the Buddhist inhabitants celebrate the Bhutanese New Year and the Blessed Rainy Day.

Agriculture is the main source of livelihood. Close proximity to markets in India offer excellent opportunity for commercial horticulture. Samtse’s fruit and food products factory, distillery and the cardboard factory not only help boost farmers’ incomes but also generate employment.

Besides the industries and factories, Samtse also boasts of one of the kingdom’s two premier education centres, the Samtse College of Education.