Trashigang spans the easternmost corner of the kingdom, skirting up to the edge of the Indian State of Arunachal Pradesh. The district
has an altitude ranging from 600 meters to over 4,000 meters and a temperate climate. Bhutan’s largest river Dangmechhu flows
through the district. The 650 sqkms Sakten Wildlife Sanctuary is home to many species of mixed conifers and rhododendrons.Trashigang Dzong located atop a spur overlooking the Dangmechhu River and built in 1667 has been the political stronghold of eastern Bhutan for over 300 years.

Trashigang boasts of numerous sacred and ancient monasteries which provides a spiritual anchor for the people and serve as centers of communal gathering where annual religious festivities take place.

The Yak Cham or “Dance of the Yaks” and the Ache Lhamo dance are unique to the Brokpas of Merak and Sakteng valleys. In Yonphu Lhakhang one encounters some of the most unique dances in Bhutan.

The Tshanglas are aboriginal settlers of the region. Among the more recent settlers, the Kurtoeps of Lhuentse have settled in Bartsham
and Galing while the Khengpas of Zhemgang have settled in Tongling, followed by the Bramis and the Brokpas in Merak, Sakteng and in parts of Phongmey and Shongphu. This ethnic diversity gives the region an interesting variety of dialects and some unique cultural practices.

As they make their living herding yaks in harsher mountain conditions, the garments of Brokpas are made of heavier material woven from a combination of animal hair and yak hide.

The Tshanglas are skilled builders and live in colorful homes built in the traditional style while the Brami and Brokpa are expert bamboo and cane weavers. The women are well known for their weaving skills. Radhi is famous for raw silk clothes. Metalwork is another important trade. A special sword called Barshongpa is made in Barshong village. 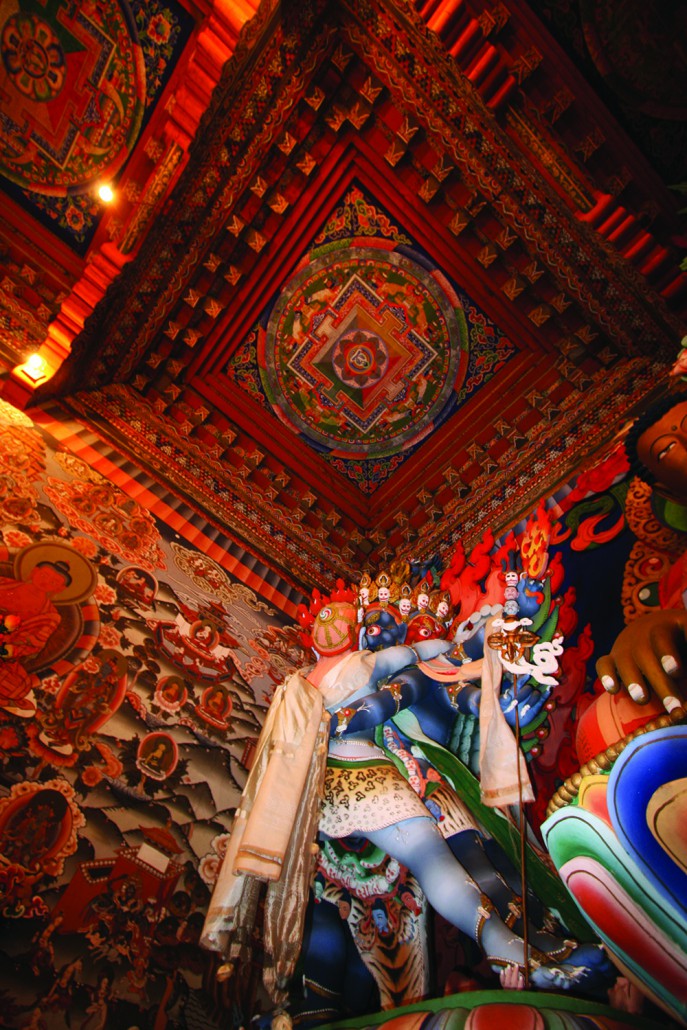