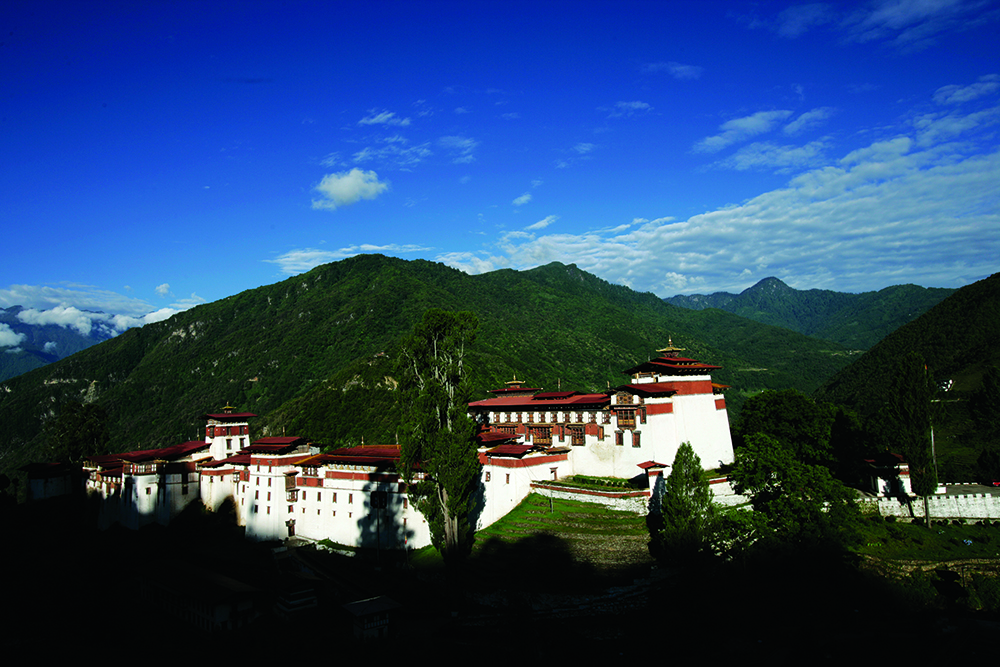 With enchanting historical landmarks, Trongsa is both the sacred and temporal heart of Bhutan.

Its importance is reflected today in the fact that the future king of Bhutan must first be instituted as the Trongsa Penlop (governor) before assuming the throne. History also tells us that the father of the first king first received intimations of the illustrious future of his family in the Trongsa Dzong.

The region, separated from the neighboring districts by high mountain passes, is home to Monpas, one of Bhutan’s earliest ethnic inhabitants. Originally hunter- gatherers, the Monpa people are today increasingly dependent on community- based tourism which is providing alternative sources of income. Still, their respect for nature is reflected in their animistic spiritual traditions. A unique fabric woven from the nettle plant called Pagay provides material for their dress.

Trongsa is also well known for its folk songs and dances, and some of the best traditional singers in the country come from this region. An exotic folk dance called the “Nubi Zhey” is performed during special occasions such as festivals and other occasions of celebrations. Buddhism and Bon practices coexist peacefully.

The Trongsaps speak the Mangde Kha. The Monpas of the region, meanwhile, speak an endangered language called Mon Kha. The people are primarily subsistence cultivators, and their diet consists of maize and rice, millet and buckwheat. The Monpas are skilled craftsmen, especially using bamboo and cane.

The Jigme Singye Wangchuck National Park located in the region boasts of several wildlife species like red panda, golden Langur, sambar, musk deer, Himalayan black bear, tiger, leopard and some 449 species of birds. The Mangde Chu flows through the district, providing an important marker between the various sub-divisions of the region.