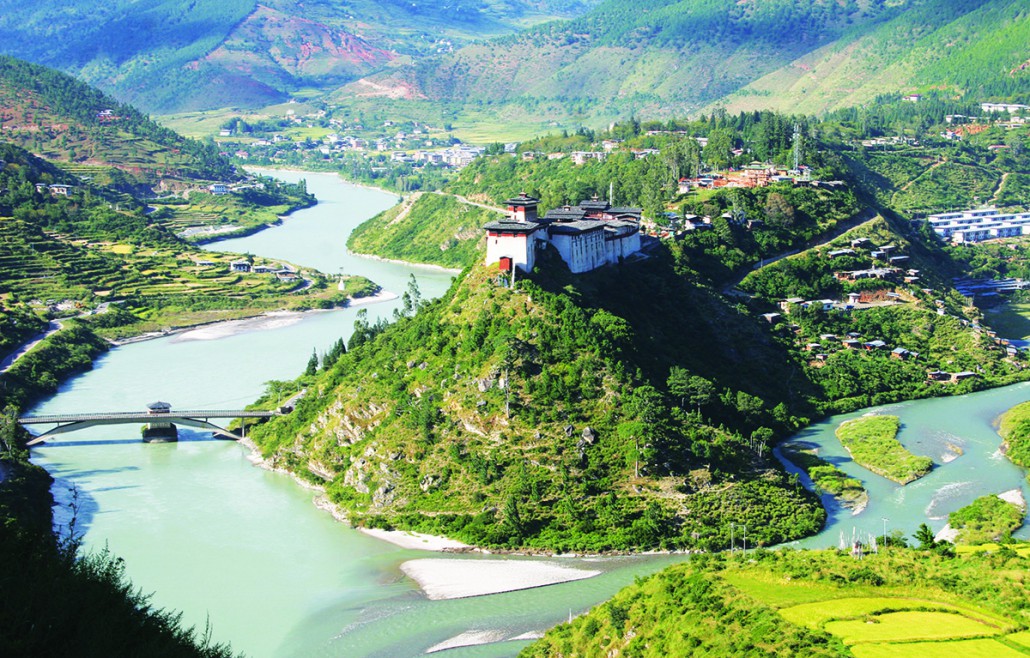 Known as Sha or “east” to the Bhutanese, Wangduephodrang district is an important gateway to the far-flung corners of Bhutan.

The district stretches from 800 meters to 5,800 meters with a wide climatic variation. The southern extremes are sub-tropical while the northern part has cool summers and cold winters with the far-north mostly under snow.

Wangduephodrang district is rich in monasteries and Buddhist shrines. The famed Gangtey monastery is located on a hill at approximately 2,800 meters. The location offers a stunning view of the Phobjikha valley, home to the endangered black-necked cranes.

An important site of pilgrimage in the region is Boe Langdra, associated with the subjugation of a local deity by Guru Padmasambhava in the 8th century AD. Wangduephodrang presents a rich ethnic and linguistic mosaic. Most of the people speak Ngalongpakha but in a localized patois form. Other languages of the region include Monkha, Lakha and Mangdekha. A wide range of festivals are performed across the district. The most popular is the annual religious festival besides Winter Solstice (Nyinlo), and deity appeasement rites such as Lhabon and Bongko. The recently introduced crane festival is held in Phobjikha.

The region is rich in natural resources with a diverse range of flora and fauna. About 65% of its area is covered by forest, a large part of which falls under the 1,300 sqkms Black Mountain National Park.