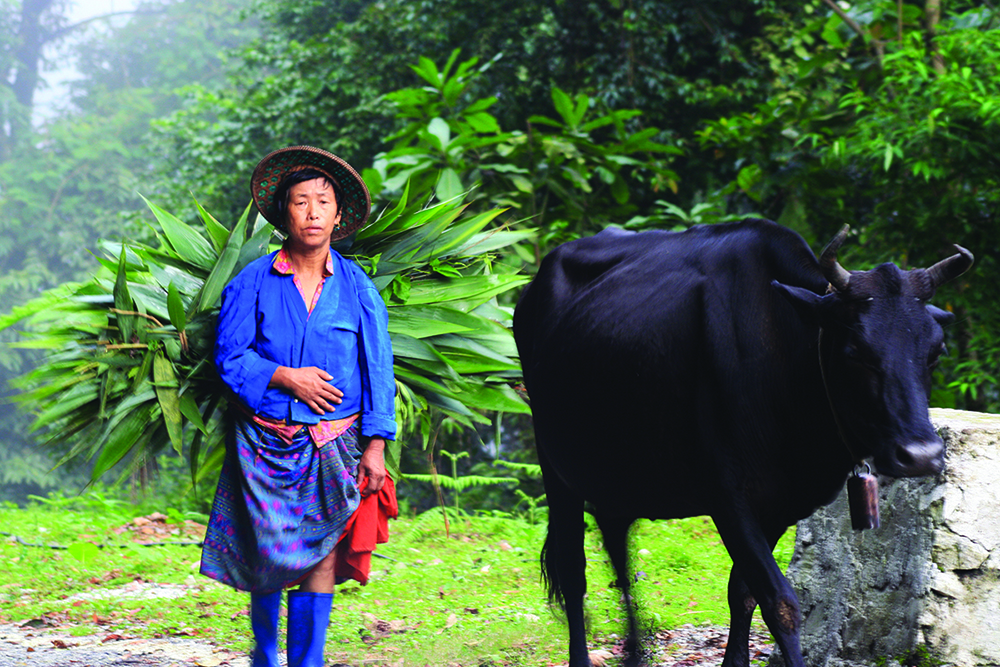 Located in the south-central region of Bhutan, most of the villages in Zhemgang are situated in far-flung areas that take days to reach. The district has traditionally been divided into three main regions called the Khengrig Namsum, or the “Sacred Realm of Three Hills”.

The climate varies significantly with warm and humid conditions in the south to cold temperate or moderate temperatures in the north. More than 80% of the total area of Zhemgang is under forest cover, because of which the district is blessed with a rich biodiversity including no less than 22 endangered animal species among whom we find the endemic Golden Langur.

Zhemgang is known as one of the last strongholds of non- Buddhist religious practices generally grouped under Bon. Nearly every locality has its own Bon priest known as the Bonpo. With the growing influence of the central monk body, the people today practice a combination of the old Bon religion and Buddhism.

The people of Zhemgang have preserved a rich culture, and folk songs such as Bu Moi Karmai Wangzom are sung by Kheng women during the region’s annual cultivation of

cotton. These folk songs are now in danger of being lost as the younger generations migrate to the urban area in search of non-agricultural employment. Historical sites in Zhemgang include those built by the famous treasure revealer Pema Lingpa in the 15th century. The Buli Lhakhang and the Tharpa Choeling Lhakhang are two such monuments.

The district is a gateway to the Manas National Park, which has been recognized as a UNESCO World Heritage Site
for its wealth of biodiversity.