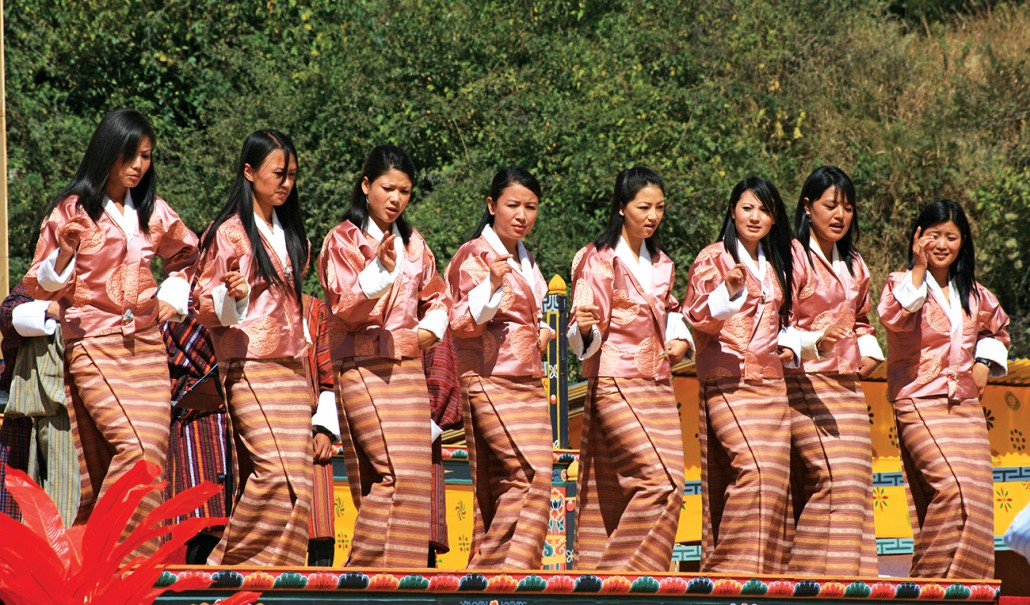 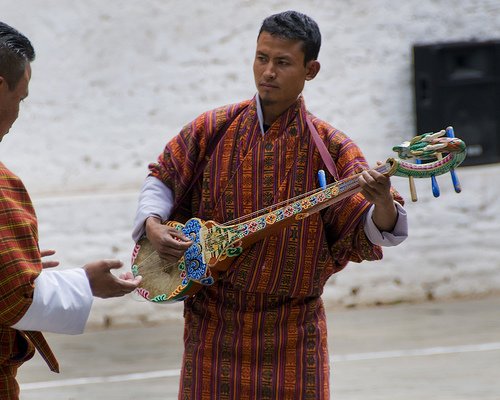 The music of Bhutan is an integral part of its culture and plays an important role in transmitting social values. Traditional Bhutanese music includes a spectrum of sub-genres, ranging from folk to religious song and music. Some genres of traditional Bhutanese music intertwine vocals, instrumentation, and theatre and dance, while others are mainly vocal or instrumental. Today, the folk music is increasingly giving way to a fast evolving modern music influenced largely by the outside world.